Failing Fast in the Pursuit of Continuous Improvement

In trying to determine the root causes for problems in the studio the key is to test something and if it fails, find out quickly so you can try something else. There aren’t a lot of one-way doors when it comes to process changes, so it’s important to be willing to try things.

If it fails, learn your lesson quickly and go back to brainstorming or make sure you drilled down to the true root cause of the problem.

This article will cover how to employ the technique along with a real-world example of failing fast in action and the outcome.

The first time I heard those words, it was a revelation. It was during a team meeting at the large eCommerce studio I was shooting for and the new studio manager was introducing himself. I would hear this term again during a one-on-one meeting with him when I was preparing to leave the studio and relocate from the midwest, back to my home state of California. I was still employed by the e-commerce giant but was tasked with opening a new mid-sized studio. I would be the only veteran of the photography division of the company at this new studio, everyone else would be new hires. I was more than a little scared, but those words “fail fast” gave me some comfort.

Failure was acceptable if you did it right.

In researching the idea a bit, I learned about its origins in Lean Startup philosophy, which made perfect sense considering how my employer adopted all sorts of flavors of lean philosophy and loved to hire people who also believed in and practiced it. The general idea is that you test things, evaluate them, and if they fail, you learn your lesson, adjust, and try something else.

Everything is done through incremental changes, with constant monitoring to evaluate. Failures are learned from quickly and, if necessary, adjustments or pivots are made. But the key here is, that failure is not only acceptable but expected, and cherished. Failure is necessary to get to the best possible process or product.

Failures are learned from quickly and, if necessary, adjustments...are made...the key here is, that failure is not only acceptable but expected, and cherished. Failure is necessary to get to the best possible process or product

During the early days of the new studio, I was helping build, ‘Fail Fast’ kept coming back to me. We had to be scrappy in unique ways as we (and I) had a lot to prove against a larger organization. We tried to take on any challenge we could and used ‘Fail Fast’ as a mantra for being willing to look at any and all processes.

During this time I readily employed another piece of advice I received around the same time, the simple idea that in process improvement Nothing is Sacred. Everything can and should be on the table for intensive review, to determine if it adds value. Our studio pioneered a lot of really unique ideas that went on to be integrated into other parts of the larger photo studio network, but our biggest change to the status quo would come about a year into creative operations.

In process improvement Nothing is Sacred. Everything can and should be on the table for intensive review, to determine if it adds value.

A little over a year after opening our studio, our full-time digitech gave notice that he had accepted, what amounted to, his dream job. We were all very happy for him, but we were a lean core team, and it would be tough to juggle his tasks along with my own.

The digitech role in this company was largely an image quality check. This role was responsible for checking every product that came through the studio, after imaging, to ensure that the images were shot to the style guide, were aesthetically and technically up to standard, and had made it to the correct place in our Digital Asset Manager (DAM).

For a studio that was imaging up to 1000 products a day, this role required a lot of time and space in the studio. Until we were able to backfill the role, I was going to take on quite a bit of the day-to-day at the digitech station. Between managing the core team, freelance pool, scheduling, and improvement projects, I wasn’t exactly thrilled to take on the role while our lengthy vetting and hiring process ran its course.

But then an opportunity presented itself during a regional studio meeting.

Some dedicated continuous improvement teams within the product photography division decided to, in the service of nothing being sacred, look into the ‘value add’ of the digitech role.

It was determined that something like 96% of all products shot in a given studio required no intervention from a digitech. In other words, all images were present, technically correct, and looked great, so a digitech was spending 97% of their time acknowledging this fact, and that adds little value to the customer experience. This was met with some resistance from the rest of the team on the call, I mean, a QC step is an important step and, of course, when the rest of the team is doing their job, QC shouldn’t uncover anything. While this is true, upon digging a little deeper, the team found natural redundancies in the process that could cover the QC step.

I had heard all I needed to hear. I saw an opportunity to help clear my team's plate a little and really put ‘Fail Fast’ to the test, with the potential for huge payoffs. If we could re-think the digitech role, we could not only free up team resources to focus on other things but free up premium space in the studio. 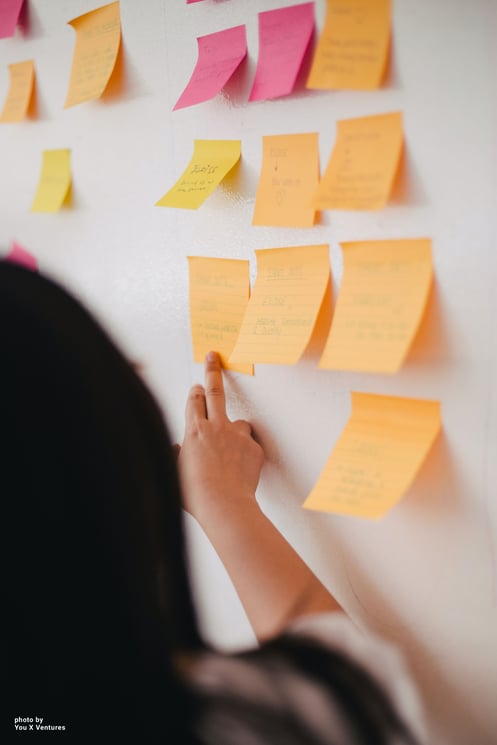 I immediately volunteered to be the test case for this new idea.

For me, one of the key things to remember about failure is this: There are very few one-way doors. There are a few things you could change about a process, that you couldn’t put back if it didn’t work. Coming at it from this perspective, there aren’t very many good reasons left NOT to try something, right? If it didn’t work, if some unforeseen impact meant that the new process wouldn’t work, we’d just go back to the old way.

We had a couple of follow-up meetings to nail down the details of the process change, and a method for catching outlier issues, and then I held meetings with the internal teams at my studio that would be impacted by this.

Then we flipped the switch.

For me, one of the key things to remember about failure is this: There are very few one-way doors. There are few things you could change about a process, that you couldn’t put back

It Worked! Kind of

It was what I call a mixed success. For the most part, the planning that went into it covered our bases, but we discovered while testing the new process that some sets in our studio moved too many products in a day to allow for the new checks we built.

We ultimately decided that we would need to revert to the old process, but only for one particular type of set.

This is another thing that becomes very important in failing fast. You need to have a team that is well versed in root cause analysis. Without that, it’s too easy to throw out all parts of a process and the benefits that go with it, just because some specific part of the process doesn’t work.

Take the time to find the root cause of the specific issue and determine what parts of the process work and which parts need work.

After some time and review, we found that we were able to largely eliminate the space and time-consuming parts of the process, and maintain quality and productivity standards. The end result was a hybrid process that took advantage of the great parts of the new way and relied on the old way when necessary. I count it as one of the highlights of my career in e-commerce product photography. 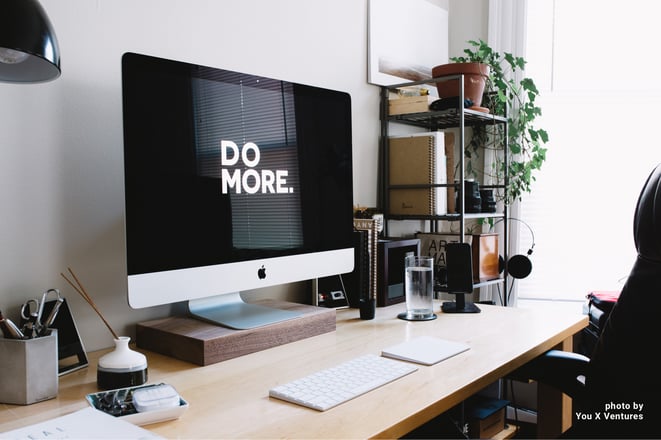 Here are a few closing thoughts on the topic of ‘Failing Fast,’ because, like most things in Lean leadership or process improvement, communication and transparency with your team are key.

Failure requires vulnerability (which is hard sometimes) but there isn’t a better way to make something work than find the ways it won’t work.”

Like many of you, we want our year to be filled with outdoor excursions, which means we need...

3 Key Takeaways from Episode 4 of the Creative Operations Podcast.